The Bedouin Jerry Can Band (BJB) are semi-nomadic musicians, storytellers and coffee grinders from the settlement of Abo El Hossain in the Egyptian Sinai desert – a designated Stratocaster-free zone!
The group’s songs and poetry recount the exploits of ancient Arabian tribes though fables of trusty camels, warnings of the dastardly deeds of sheep rustlers, and tales of unrequited love for the girl in the next settlement with beautiful eyes.

Blending melodies from the ancient 5-string Simsimiyya lyre with desert flutes, reed pipes and the wolf-skin Rababa fiddle, BJB perform the purest, raw desert music accompanied by a cacophony of junk percussion – clay jugs, rusty ammunition boxes and jerry cans salvaged from the former battlegrounds of the six-day war of 1967.

The desert blues – Sinai, not Sahara

Coming up over the dunes is the Bedouin Jerry Can Band, a multi-membered collective of musicians, poets, storytellers and coffee enthusiasts from Egypt’s Sinai peninsula. Unlike those other desert dwellers Tinariwen, these self-styled “Stratocaster-free nomads” have never reached for the electric socket, but neither are they overly sentimental about exclusively deploying traditional instruments. After all, their name refers to their favoured percussive instruments – the unwanted jerry cans and ammunition boxes discarded by the Israeli army during its occupation of the Sinai desert 30+ years ago. Add to these the simsimiyya lyre, desert flutes, reed pipes and the rabab fiddle, and you have an ensemble sound that’s both hard to resist and geographically specific, taking you on swift wings of song to the heart of the Sinai. As the good folk at Songlines magazine so neatly put it, prepare yourself for an experience that’s both “electrifyingly rhythmic and enchantingly elegaic”.
http://www.jerrycanband.com/

“The Bedouin Jerry Can Band at Womadelaide 2009. Aromatic music. They love coffee so they’re alright with me! Oureed kahwah min fudlik! NME 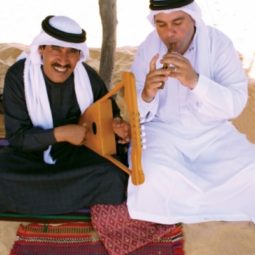 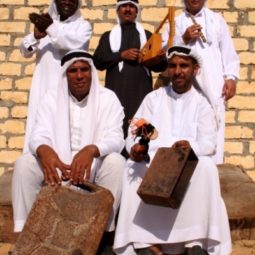 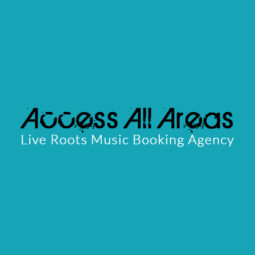 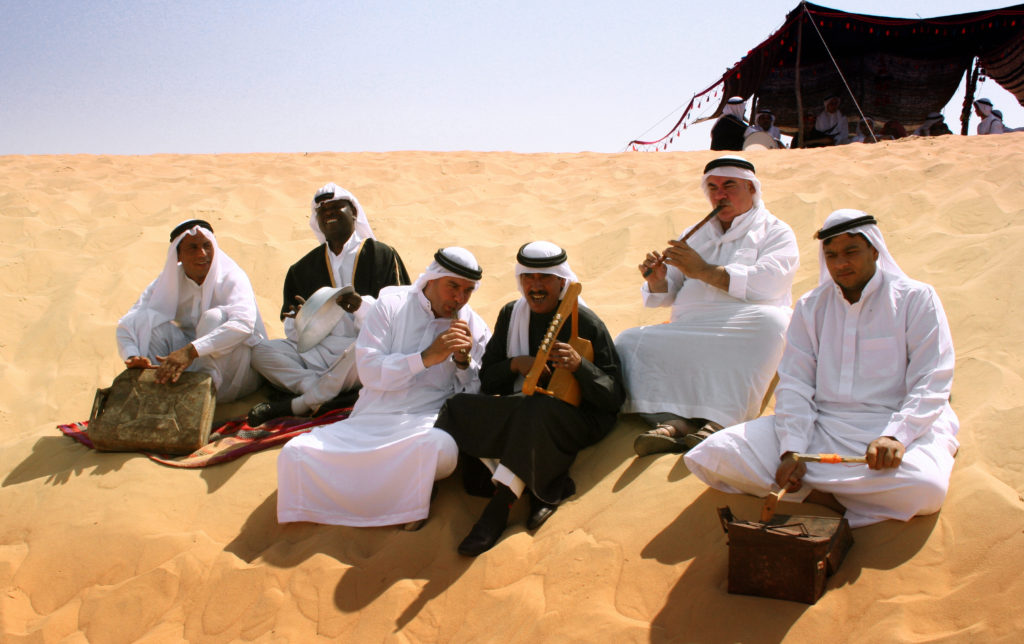