“Two Cajuns and an old time stringband walk into a bar…”

Cajun Country Revival is a veritable supergroup of American roots musicians. Comprised of Cajun musicians Jesse Lége and Joel Savoy and two members of Portland Oregon’s Foghorn Stringband, this group presents a music that seems to embody all of the things that make life wonderful and together they’ve delighted audiences around the world celebrating rather than “performing” the music that brought them together: Cajun music and early Country music.

Son of Cajun music royalty Marc and Ann and the founder of the Louisiana-based label Valcour Records, Joel Savoy is a GRAMMY winner for his production work with The Band Courtbouillon and a nine-time GRAMMY nominee, as well as a two-time winner of the Cajun French Music Association’s Fiddler of the Year Award. Having grown up literally at the feet of the Cajun greats he represents his culture with an authority that few people his age can and his playing leaves no doubt that Cajun music is still very much alive. He has worked and played with the best of the best in south Louisiana as well as folks like John Fogerty, Linda Ronstadt, Steve Earle, and T-Bone Burnett.

Sharing the stage with Joel for the last 15 years is the legendary Cajun powerhouse, Jesse Lége. Growing up in a rural pre-electricity home in Gueydan, LA, Jesse spoke Cajun French and learned music from relatives, neighbors, and the family’s much-loved battery-powered radio. Today he is one of the most admired Cajun accordionists and vocalists in the world, known especially for his high, clear, “crying” vocals. Jesse has been playing traditional Cajun music and singing Cajun French songs for over 35 years performing with a variety of well-known musicians in various Louisiana and southeast Texas dancehalls. He is a winner of numerous CFMA awards: Traditional Band of the Year, Accordion Player of the Year, Male Vocalist of the Year, Band of the Year, and Song of the Year. In 1998 he was inducted into the Cajun Music Hall of Fame.

Completing the revival is Stephen “Sammy” Lind (Minneapolis) and Nadine Landry (Québec) of the Foghorn Stringband. Credited for igniting the Old Time Renaissance in Northwest, the Foghorn Stringband continues to stand out as the shining gold standard for American Stringband music. With their 8th album, Devil in the Seat in hand, thousands of shows and over a decade of touring under their belts, it’s no surprise that this band, as proclaimed by Stuart Mason, The Fiddle Freak, “has blossomed into a full-blown force of nature that threatens world domination.” Through all of this, they’ve never let the music grow cold; instead Foghorn has been steadily proving that American Roots music is a never-ending well of inspiration.

“I love music that makes me happy. And yours does!!! So I also went to the concert on Monday.  I love all of you guys, but I just have to say this: Nadine: When you are singing, it’s like a waterfall pouring down on you on a hot summer day. So amazing”.

‘When The Cajun Country Revival appeared on stage, I thought I was stereotyping all female double bass players as I was sure I’d seen her before.

It turns out I had – Nadine Landry was a member of the Foghorn Stringband who took Burravoe by storm a few years ago.

There was less patter in-between the songs, partly explained by Joel Savoy, one of the band’s two excellent fiddlers: “We don’t usually do concerts. We’re a dance band and will often play at dances for five hours.”

Jesse Lége, the accordion player and singer, led the band through a series of fantastic two-steps, waltzes and country songs, interspersed with fascinating vignettes about the history of Cajun music and why, in the Deep South of Louisiana, they sang in French.

The fact that the Cullivoe Hall was pinned with an enthusiastic sell-out crowd was a mixed blessing – there was literally no room to move and this music just made you want to dance.

I would have loved to hear a bit more of Nadine’s singing – she got a rapturous response for her take on Loretta Lynn’s “Tippy Toeing”.

Also outstanding was when guitarist Sammy Lind took up the fiddle for an incredible set with just him and Joel Savoy on the stage. Awe-inspiring is about the only way to describe it. “We’re very proud of our musical heritage and our language” said Joel at one point. They should be.’ 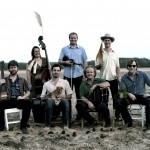 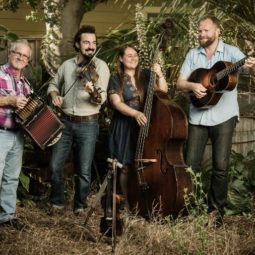 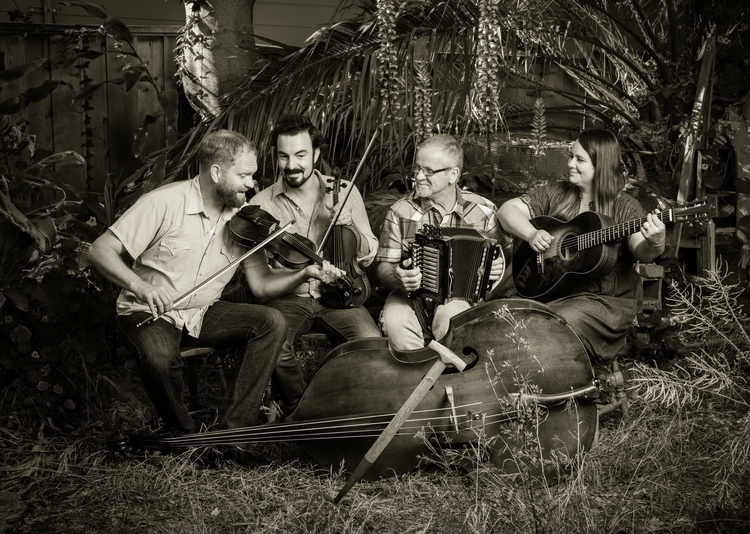