The CAJUN ROOSTERS are a multi-talented and multi-award winning truly International band, bringing together some of the finest and most experienced Cajun and Zydeco musicians in Europe. With a reputation as one of the most authentic Cajun and Zydeco bands around they are at the forefront of the scene, earning them headline festival appearances in Germany, France, Netherlands, UK, Denmark, Switzerland, Luxembourg, Austria, Belgium and Italy.

Equally at home playing at festivals – covering blues, Americana, jazz, folk, roots and World, as well as Cajun/Zydeco festivals of course – and clubs, arts centres, theatres and dancehalls, they enjoy an unmatched ability to appeal to a broad cross section of audiences. Their repertoire of not just Cajun and Zydeco but also Swamp Blues, Louisiana Rock ‘n Roll, Creole and New Orleans beats, versatilty and crowd pleasing style has made them one of the most popular headline bands on the summer outdoor stage circuit, winning over huge audiences, from the city squares and plazas of Europe to as far afield as Sawahlunto International Musicfestival in Indonesia!

The band were formed when Chris Hall, multi award winning and legendary accordion player, from England, joined forces with former members of The Cajun Pioneers. Using his considerable experience and knowledge of the music Chris honed the band into a tighter, leaner and more authentic machine, generating a groove that is second to none outside Louisiana. His driving input and motivation was invaluable in generating the best band of this genre, powering their meteoric rise to a position where they are now the first choice for programmers seeking a band to energise audiences and relate to crowds of all sizes.

Their new album ‘Hell Yeah !’ showcases the new multi-talented line-up for the first time. Released in October 2013 it immediately hit the zeitgeist, leading to the 2014 Prix d’Hors award from the Cajun French Music Association marking the first time a non-American band has won in that category. Read more HERE

“In the light of current uncertainty surrounding international travel in a world affected by Covid, and Brexit, Cajun Roosters are currently offering a full UK line up until it’s possible to put the usual international gang out on the road. The core front line Rooster members of Chris Hall (accordion/vocals), Hazel Scott (guitar/vocals) and Ben Topley on bass are joined by UK fiddle maestro Mitch Procter and UK drummer (Andy Watson)……both seasoned veterans on the UK /European Cajun and Zydeco scene. In addition to the 5 piece line up the band are also gigging as a 4 or 3 piece and as a duo for smaller venues and promoters who wish to get back to live music in more intimate settings. All line ups are suitable for dances or seated concert settings.”

This is not just another wannabe Cajun band…this is a truly international supergroup of hand picked musicians who’ve strategically developed a distinctive style, one that is far greater than the sum of its parts. With both original arrangements and self-penned songs they’ve taken the Louisiana sound into fresh territories, to create a sound that’s uniquely their own.

That refreshing sound has been rewarded through all the awards showered upon them as well as recognition from the Cajun and Zydeco glitterati – the likes of Steve Riley, Dwayne Dopsie, Randy Vidrine, Yvette landry, John Dowden, Cedric Watson, Carl Hollier, Corey Ledet, Tony Delafose, D’jalma Garnier 111, Jermaine Prejean and Sarah Savoy – who’ve all recorded and released tracks with them

Who’s who in the CAJUN ROOSTERS

Since the 70’s Louisiana accordion boss man Chris Hall, living in Derby/UK, has become widely known through his work with R.Cajun & the Zydeco Brothers, The Bearcats, Zydecomotion and US/UK band Breaux. His reputation is such that he was called on by ex Rolling Stone Bill Wyman to play on his album and was also part of the band put together by ex Beatle Sir Paul McCartney to record his “Run Devil Run” album. He was also called in by Kate Bush to contribute to her comeback album Aerial. His company Swampmusic is responsible for many tours and concerts of Louisiana artists in Europe and through its work he has spent many hours on the road with guys like Steve Riley, John Delafose, Randy Vidrine, Mitch Reed, Geno Delafose, Sean Ardoin, and Sean Vidrine absorbing their DNA through musical osmosis. He has a huge knowledge of C/Z which he put to good use on his own radio series on BBC Radio 2 and has been playing the music for almost 30 years with bands in Europe and with fellow musicians from Louisiana. With the Cajun Roosters he fronts a powerhouse band on vocals, Cajun accordion, triple row Zydeco accordion and occasional fiddle, all learnt from the masters at first hand.

Hazel Scott’s rhythm guitar, although learnt first-hand from the Louisiana masters like Randy Vidrine, has developed into her own style which is both powerful and driving. But it’s her vocals that make her a world class addition to the Rooster sound. Described by highly respected musicians in Louisiana as “awesome” “right on the money” and “the business” she has rapidly gained a reputation as one of the most authentic Cajun vocalists around. And since Cajun music is her first love she’s undeniably in the right place up on stage with The Cajun Roosters. With the addition of Hazel Scott the band have a secret weapon that raised the bar for Cajun bands this side of the Atlantic.

A fine award winning musician, Belgian born David Buyle has a rare and uncanny ability to really get to grips with the subtlety of the Cajun style and capture the elusive Louisiana feel. He has studied the masters with great passion and has emerged as one of the few players outside Louisiana who really understand how to get the real Cajun sound. The fiddle is an essential part of Cajun music playing complex rhythms and soaring solos. He locks into a groove with the accordion that forms the driving front end of The Roosters sound. On Zydeco numbers he plays the scrub-board and electric guitar. He is a great vocalist singing classic cajun tunes from the Balfa Brothers.

Has known the Louisiana Cajun scene for many years. During the 80’s he went to Louisiana for the first time to do an interview with legendary Cajun fiddler Dewey Balfa and other Cajun musicians for a documentary film about the music. From that moment on he has been in love with the sounds of the swamp and has spent his time studying and playing the music of his heroes, writing articles on the music for national press, running his own Cajun record label, and organising the well known ‘American Cajun, Blues and Zydeco Festival’ in Germany since 2001. As a documentary film maker and TV director of many legendary music shows he has been around many kinds of music all his life. Yet one thing has remained constant, his love and passion for Cajun and Zydeco. He plays bass with drive and soul and switches to acoustic guitar on some songs for a more back porch feel.

French drummer Antoine Fève has been a Roosters member since spring 2012. He started playing drums at the age of six. He grew up listening to cajun and zydeco due to a large CD collection of his father, who plays guitar in the French Cajun band ‘Belisaire’. Antoine then played drums in his fathers’ band at the age of eleven. He studied drums at the conservatory in Paris and at the Sorbonne University. His love is Cajun and Zydeco drumming as well as jazz and roots music.

The CAJUN ROOSTERS are available in their full five piece line-up Worldwide but can also perform as a quartet and even as a trio; a band to suit all situations in terms of scale of event, audience and musical taste.

Its like nothing less than listening to the Champions League of Cajun And Zydeco.Here served up on CD it should also be served in bottles to enhance ones mood. Blues News Magazine April 2014 on “Hell Yeah!”

With their sixth album The Roosters don’t budge an inch from their mission of musicality of highest quality. Folker April 2014 on  “Hell Yeah!”

“If you’re looking for Cajun / Zydeco then look no further than Cajun Roosters – we booked them because they’re the best in the business – we love ’em” Christine Briars, Former Festival Director, Trowbridge Village Pump Festival, UK

The most impressive thing about this collection of unquestionably talented musicians is that, although none of them actually hail from Louisiana, they possess a quality that is unmistakably Cajun through and through. Hell Yeah! is a must for any hoedown or trip to the swamp. Songlines review in Jan/Feb 2015 issue

Click HERE for review of Hell Yeah! in Songlines.

Clich HERE for review of Hell Yeah! in fROOTS.

That was your mother 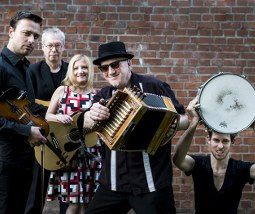 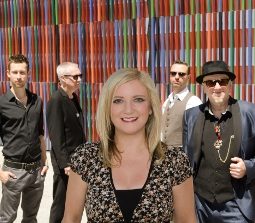 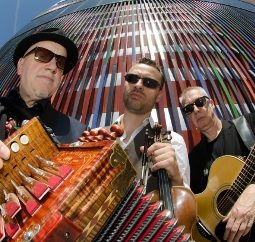 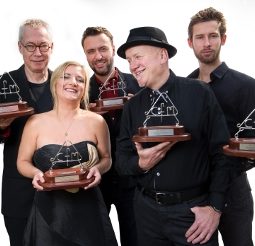 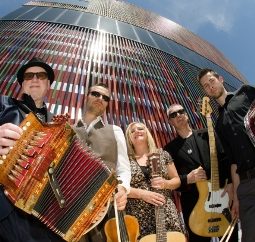 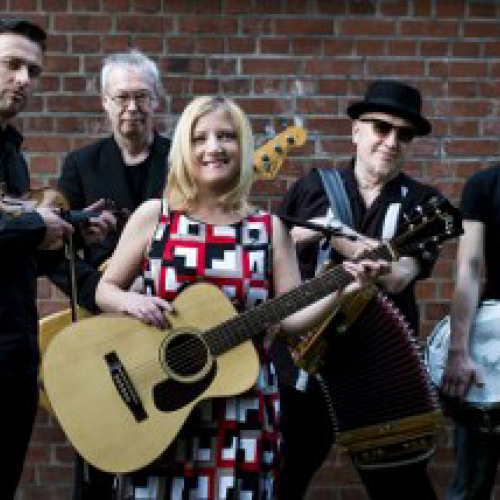