Gypsies of Rajasthan, spiritual and spectacular…

Following in the well-worn path of their hugely successful Rajasthani groups the Anglo-Indian partnership of Rhythm and  Ragas and Access All Areas has gone on to create “Caravan Raj”, a traditional music group of Langas, Manganiyars and Kalbeliyas.

Joining them are the musicians of the Court of Maharajas singing and playing the harmonium and the dholak (two headed drum) with classical musicians interpreting sacred songs and performing on tablas.

This gathering of Gypsy, Hindu, Persian and Mughal cultures showcases an ethnic and spiritual music, with intricate rhythms at times very close to the qawwali music of the late Nusrat Fateh Ali from neighbouring Pakistan. This focus on spirituality is heightened in a strong visual sense too through the fakir’s displays of courage and bravery and the devotional dances and cobra-like contortions of the “Sapera” or “Kalbeliya” dancer, a community of snake charmers living with snakes, the guardian of spiritual truth.

Caravan Raj take audiences on an emotional musical procession through the Thar Desert,  inspired by the majesty of their environment and an unending ambition to preserve this unique tradition.

Listen to to Bula Bula 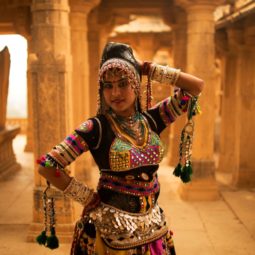 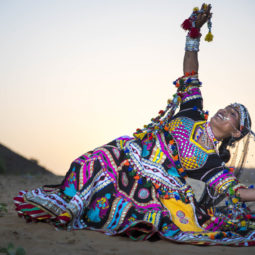 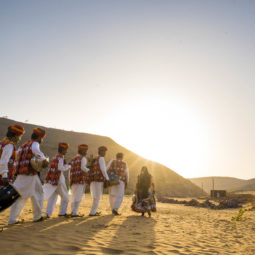 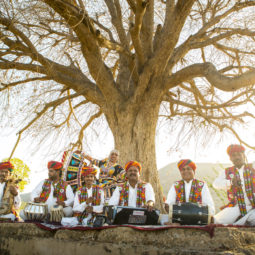 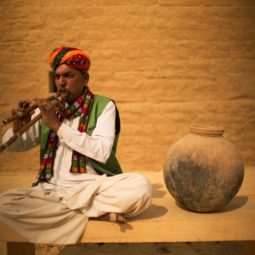 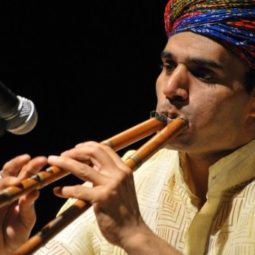 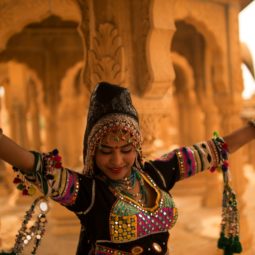 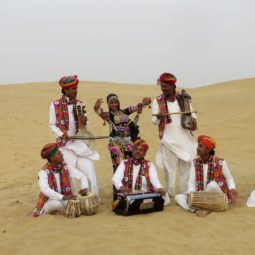 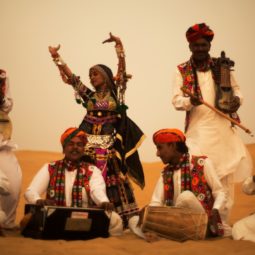 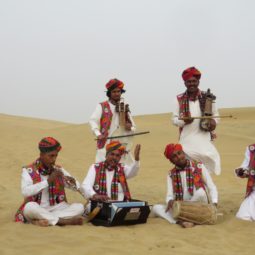 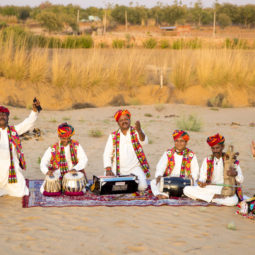 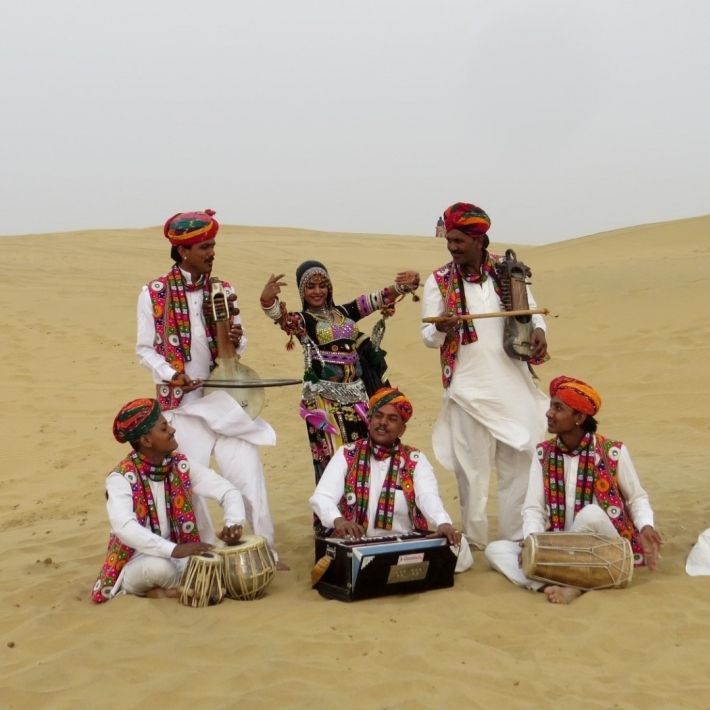