In the summer of 1982 Champion Doug Veitch walked into Ariwa Sounds Studio – home of the legendary reggae producer Mad Professor – a meeting of minds that led to six NME “Singles of the Week”, a record he holds to this day.

It was Doug who introduced The Bhundu Boys to the late Radio 1 DJ John Peel, a seminal moment in music history leading to them becoming one John’s favourite artists.

With his nine piece band, Doug was highly sought after, and did radio sessions with John Peel, Andy Kershaw and Charlie Gillett. He played gigs at all the major London venues of the time such as The Wag Club, The Fridge, Mean Fiddler, Gaz’s Rocking Blues and the ICA, in front of masses of adoring fans and chattering media.

After this, Doug’s career saw him take an entirely different direction until a chance Facebook encounter with Pete Lawrence stirred thoughts of a comeback……..

………….whilst rock monsters Led Zeppellin played their reunion concert at the O2, 1980’s mavericks have more class. After a hiatus of some 30 years, Champion Doug Veitch returned to his old stomping ground and chose to play his reunion gig at the legendary 100 Club in Soho, attracting a packed crowd of the great and good.

With an 10-piece band featuring some of the original line-up and host of other music luminaries, this was a triumphant and joyous return, signalling the start of an exciting new era for this much respected and appreciated musician.

Martin Bell, (Fiddle). Martin’s credits include The Wonder Stuff and The Albion Band among others Martin played in the Champion Doug Veitch band thirty years ago.

Chris Hall, (Accordion). Chris has performed with many leading American Cajun artists and plays regularly throughout Europe with various bands in his own right. Much in demand as a player, in recent years his playing has been called upon by Paul MacCartney, Bill Wyman and Kate Bush – for recording and live work. Chris was also a member of the original Champion Doug Veitch band.

Louis Vause, (Piano / Keyboards). Louis has released three highly acclaimed albums in his own name in recent years and performs with The Lee Thompson Ska Orchestra. His past credits include Graham Coxon, Club Montepulciano and Hackney Five-O.

Horace Panter aka Sir Horace Gentleman, (Bass). Horace is bass player with The Specials and also plays with The Mosquitos.

In the summer of 1982 Champion Doug Veitch walked into Ariwa Sounds Studio – home of the legendary reggae producer Mad Professor. Selected purely by chance, the intention had been to record two tracks, “Lumiere Urban” and “Another Place” as the debut single for Drum Records, an alternative label Doug had started with Tony McDermott – onetime bass player with jazz funk outfit Stimulin.

On a miniscule budget, the two tracks were recorded and mixed in a day – no mean feat given the lengthy list of musicians and instruments in attendance. Particularly taken with the sounds emanating from Jim Craig’s Pedal Steel guitar, Mad Professor began playing with a dub version of “Lumiere Urban”. The resultant mix, “Gone Train” became the B-side to “Lumiere Urban”, which was released as a 7 inch vinyl single in October 1982. The eclectic Scottish-cajun-dub outing featuring brass, fiddle accordion and pedal steel, attained “Single of the Week” status in both Sounds and New Musical Express in the same week whilst appearing in publications as diverse as Black Echoes and The Face.

The record was aired by renowned Capital Radio DJ Charlie Gillett, followed quickly by John Peel, Johnnie Walker, (who included it amongst his “best of the year”) and Stuart Colman. The record made “Best of the Year” lists in Rolling Stone, Sounds and New Musical Express.  With its fold-out poster sleeve and photography by Tim O’Sullivan, “Lumiere Urban” became a sought-after collector’s item. It was the first of six NME “Singles of the Week” for Champion Doug Veitch, believed to be a record to this day.

“Not the Heart” followed in 1983 and began life as a Mad Professor backing track. A lazy reggae number, with pedal steel played over the top of a killer horn line – country reggae was born. “Single of the Week” status was again granted by NME and the record was featured by  Music Week.  With media attention ranging from the Guardian to Record Mirror – and what seemed like everything in between – major record labels began to take note. Doug and his partners in Drum Records however, were determined to hold out for a label distribution deal rather than sign up individual acts.

With a nine piece band now including Martin Bell on fiddle and Chris Hall on accordion, Doug played at various venues in and around London. The band appeared regularly at The Wag Club, The Fridge, The Mean Fiddler, Donmar Warehouse, Gaz’s Rocking Blues and at the ICA. Live performances were treated as enthusiastically in the media as Doug’s vinyl offerings.  Without major label backing, gigs outside the capital were limited with a large band.  However, in 1984, the band gave a triumphant performance in Doug’s native Scotland. The show at the Assembly Rooms in Edinburgh was broadcast live by Radio Forth who gained a Sony Award for the live recording of the concert.

Between 1983 and 1985 three more recordings were released. “One Black Night”, a four track EP, was followed by “Margarita”, a mariachi-flavoured single that had proved popular at live shows.  Doug’s last vinyl offering, “Jumping Into Love”, available initially in the UK as a Jamaican import, was licensed by Making Waves for a UK release. This was another country reggae number which borrowed the brass riff from Marcia Griffiths “Feel Like Jumping” – acknowledged in the writing credits. Sadly, the record was denied chart success when Making Waves went into liquidation.

In 1984 Doug started the Discafrique label with Owen Elias. Most famously, the label introduced the Bhundu Boys from Zimbabwe to UK audiences and released their first two hugely successful albums “Shabini” and “Tsvimbodsemoto”. As the label became increasingly busy, Doug’s own career went on hold. Poor health culminated in a prolonged stay in Guys Hospital during 1987 after which he returned to Edinburgh. In 1989, Doug released a compilation album, “The Original”, which included all the singles plus tracks from radio sessions. This album featured all of Doug’s musical influences, from Country, Reggae, Mariachi, Western Swing, Cajun through to the High Life guitar music of Ghana. The album gained much media attention from the press. Despite renewed interest, Doug remained a virtual recluse and could not be persuaded to perform live.

However, in the summer of 2014, Doug replied to a Facebook post from Pete Lawrence (Making Waves) regarding “Reeling” – an album of Scottish dance music that Doug had released with Martin Bell. This led to a discussion on the prospect of playing a live gig. After a gap of some thirty years and largely due to the efforts of Martin in sourcing a truly all-star band, in February 2015, Champion Doug Veitch made a “triumphant and joyous” return at the 100 Club in London. cla than that. After a hiatus of some thirty years CHAMPION DOUG VEITCH has chosen the legendary 100 Club in London to mark his return.

Between 1982 and 1985 he released a series of six critically acclaimed eclectic singles that blended country with reggae, western swing, Cajun and African styles. Accordion jostled with fiddle and steel guitar, brass with reggae bass over the top of which Doug proffered lyrics in his own inimitable voice. B sides featured dub mixes courtesy of the Mad Professor – renowned reggae producer. All six singles attained “single of the week” status in the prestigious New Musical Express – a record apparently still held.

Clich HERE for the technical spec.

CDV From the heart 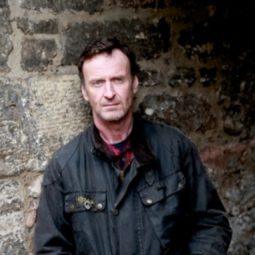