El Tanbura are a collective of veteran Egyptian master musicians, singers, fishermen and philosophers. For twenty years they’ve been custodians to some of Egypt’s oldest folk melodies at their home in Port Said, the Mediterranean gateway to the Suez Canal. Band members dress in an eclectic mix of Gallibiyas and Levis with Gucci sunglasses, Fez and Nike caps. Their music is driven by the seductive call of the Simsimiyya – an ancient lyre dating back to the times of the Pharaohs.
The veteran Egyptian master musicians celebrate their 20th anniversary and follow up their critically acclaimed album “Between the desert and the sea” with a new release and live show, Friends of Bamboute. The new stage show will feature 12 traditional musicians, singers and dancers performing devotional Sufi songs alongside tales of the 19th Century Bambutiyya merchants who frequented both the Suez Canal and the region’s old time smoking dens.

“A lusty flavour of Suez life” – The Times

“The band’s charm and appeal lies in a mixture of the sacred and the profane. They are streetwise characters, yet consummate musicians. They bewitch the audience with devotional chanting and then break the spell with some exuberant, laddish dancing” – **** The Financial Times

Between the desert and the sea 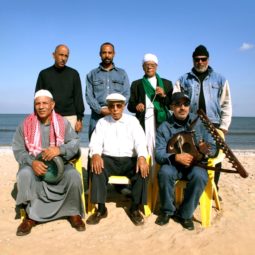 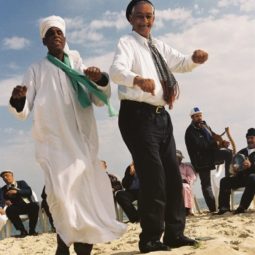 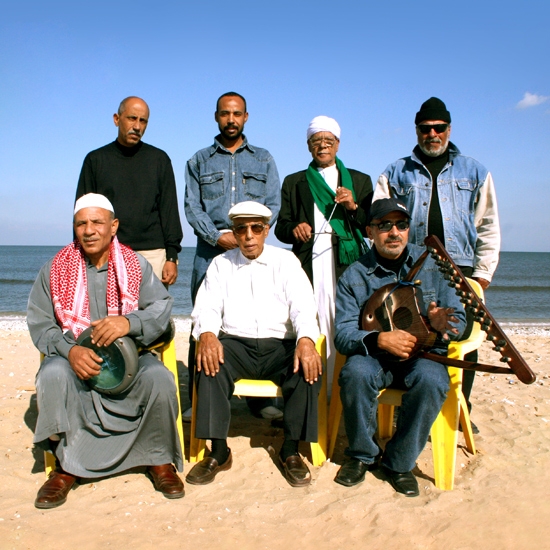