Mahsa and Marjan Vahdat reflect the current evolution of Persian song. They are of a new generation of musicians, university-educated and completely devoted to their artistic cause. They express the continuation of a tradition that faces problems of identity in today’s Iran.

Persian music has the capacity to renew itself constantly, one of the  phenomenon unique to the East. As well as having a history of pure transmission, it also has authenticity of emotion. As a result of its mystical heritage, it is able to retain a feeling of nobility and depth of being that could be called oriental, chivalrous and melancholic romanticism.

This heritage is wonderfully portrayed by Mahsa and Marjan Vahdat. The two sisters, with similar and different characteristic timber in their  voices, proudly, graciously and with devoted passion take Persian poetry to new heights and new spaces. The way their voices soar and intertwine creates a unique landscape for the audience, reflecting the joy, sorrow, hope, longing and love of Iranian people in their songs. Without being visible in their own society, they enjoy continuous contact with a large audience who appreciate  their art in the world.

The lyrics are mostly mystical with love poems from Great Mystic poems like Hafez ,Rumi, Attar and some contemporary poems like Mohammad Ebrahim Jafari, Houshang Ebtehaj (Sayeh ) and also some lyrics from oral literature of Iran.

Since 2003 they have had a successful and lasting collaboration with Norwegian record label Kirkelig Kulturverskted (www.kkv.no ) which has led to the World wide release of a series of records with the Persian Ensemble. Their album “Twinklings of hope “, released in 2012 received wonderful reviews and attention in the world ,the album was among Songline Magazine’s editor’s choice selection of the 10 best new release (top of the world ) of August –September 2012 .Mahsa &Marjan Vahdat took top honours in the category of World Traditional with the album “Twinklings of hope “ in 12 th Annual Independent music awards in US  in June 2013. Mahsa’s first solo album “The Sun Will Rise” is an intensely intimate work, as if Mahsa is singing to herself and was again recognised by Songlines in July 2016, being one of their Top of World releases. On Marjan’s second and newest album ,”Serene Hope”, she is joined by an international ensemble. Every track is sparkling on this production, and the musicians create an energetic oriental soundscape around the mighty voice of Marjan.

www.mahsavahdat.com
Born in Tehran in 1973, Mahsa Vahdat began learning music from an early age. She took piano lessons and received Persian singing instructions from various musicians in Iran. She entered Tehran Arts University  in 1993 and graduated with a B.A. in Music.
Since 1995 Mahsa has performed as an independent singer and musician  in  many concerts and festivals in Asia, Europe, the US  and Africa together with musicians from Iran, Europe and America. She has also appeared on stage  with her sister Marjan Vahdat in many concerts .
Following her participation in Lullabies from the Axis of Evil (2004), Mahsa started a long lasting collaboration with the Norwegian record label Kirkelig Kulturverksted (KKV), which led to a world wide release of a series of records.

Since 2007 Mahsa is one of the ambassadors of Freemuse Organization, an independent international organization that advocates freedom of expression for musicians and composers worldwide. In 2010, she was granted the Freemuse Award and in 2013 her album “Twinklings of hope “together with Marjan Vahdat won Independent Music award in USA.

Albums :
Risheh dar khak  (rooted in the soil )   (www.barbadmusic.com )
Songs from a Persian Garden (www.kkv.no )
I am Eve (www.kkv.no )
Scent of Reunion (www.kkv.no )
I vine Speil (In the mirror of wine ) with SKRUK choir (www.kkv.no)
Twinklings of hope (www.kkv.no )
A deeper tone of longing (www.kkv.no)
Mahsa Also took part in album  “listen to the banned “ (www.grappa.no ) and Iranian Women (www.grappa.no)
Marjan Vahdat  singer
Was born in Tehran in 1976 she Started music by taking lessons in Piano and Persian singing with different Masters in Music .she has been taking part in Many  international festivals and concerts in  Germany ,Norway ,Italy ,France ,Sweden ,Bahrain ,England ,Spain , Poland ,Swiss,USA,Turkey .She has worked with many composers in Iran and also other countries .
Marjan Vahdat also cooperates with Freemuse  Organization ,Freemuse is an independent international organizations which advocates freedom of expression for musicians and composers worldwide .(www.freemuse.org ).she sang  in a song for Music freedom day in 2007 .
Marjan cooperated with many musicians like Knut Reiersrud ,Atabak Elyasi ,Gjermund Silset ,Pasha Hanjani ,Shervin Mohajer .
Albums:
Songs from a Persian Garden (www.kkv.no )
I am Eve (www.kkv.no )
Twinklings of hope (www.kkv.no)
Blue Fields (www.kkv.no)
She also took part in the “Lullabies from the axis of Evil” CD.

Click HERE for Songlines “Top of the World” review of “Twinklings of hope”.

Click HERE for fROOTS review of “I am Eve”

Click HERE for Songlines review of “I am Eve”

The sun will rise 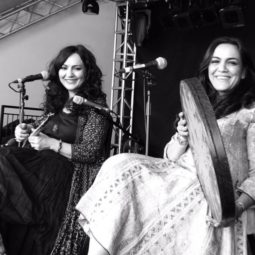 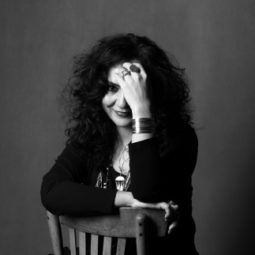 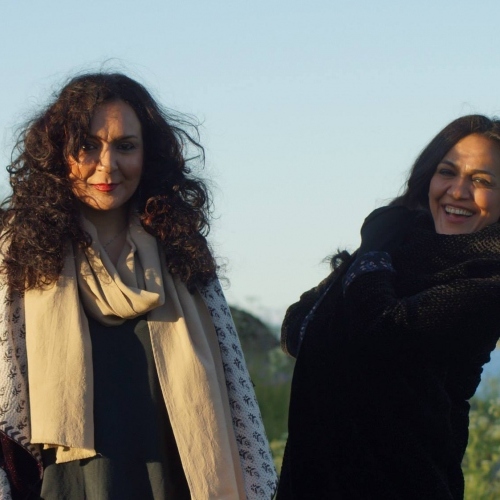