Ngawang comes from long line of famous Nomadic singers in the Amdo region of Tibet – a beautiful but harsh environment known for fine horses and wild grasslands.

His family herded Yaks & sheep and taught Ngawang his unique repertoire of mountain songs from an early age while he was carried by day on his mother’s back as she tended their herds. Each evening Ngawang’s musical education would continue further when his family would sit & share stories about noble Tibetan folk heroes defeating cruel Warlords and sing songs in praise of the snow mountains – after which his brothers would instruct him in the ancient art of the Dramnyen six-string lute.

In accordance with Tibetan tradition, being the youngest son, Ngawang joined Achok Gonpa Monastery and became a Monk when he was 14 years old, studying the teachings of Gelugpa (Yellow Hat) Buddhism for five years.

Presented with an opportunity to escape Chinese repression, Ngawang de-robed and finally settled in the UK in 2004. He has been performing across Europe for the last decade as a highly sought after singer amongst the Tibetan community in exile, appearing at festivals in France,Belgium,Switzerland and Spain.

This year has seen a meteoric rise in Ngawang’s profile when he became the first World Music artist to join the “BBC Introducing” initiative, leading to widespread national press coverage, performances and interviews on numerous radio stations, a unique appearance at the O2 in London on stage with the Dalai Lama 19 September and bookings at arts centres and festivals.

Click on the music link above to enjoy Ngawang’s beautiful voice and playing.

Ngawang Lodup comes from long line of well-known folk singers from the Amdo region ofTibet– a beautiful but harsh environment high on the north-eastern corner of the Tibetan Plateau known for fine horses, wild grasslands and nomadic culture.

Ngawang learnt his unique repertoire of mountain songs from an early age, listening to his mother singing during the day as she carried him on her back while tending yak and sheep herds. Every evening his musical education would continue when his family sat & shared stories about noble Tibetan heroes defeating cruel warlords and sang songs in praise of the Snow Mountains, after which Ngawang’s brothers instructed him in the ancient art of the Dramnyen (Tibetan six-string lute) and taught him contemporary folk songs on the Mandolin.

In accordance with Tibetan tradition, Ngawang joined Amchock Tsenyi Monastery and became a Monk when he was 14 years old, studying the teachings of Gelugpa (Yellow Hat) Buddhism. He stayed at the Monastery for five years but left after growing increasingly disillusioned by the restrictions placed on Buddhist life by the Chinese authorities.

On his return to Amdo, Ngawang continued helping his family tend their livestock and began performing at local music festivals, however artistic censorship imposed on Tibetan musicians led him to question if there was a really any future for him in occupiedTibet.

Resolving to pursue a life where he could freely express himself, Ngawang trekked across the Himalayas for 18 days, journeying 250 miles with only the clothes on his back and basic provisions to get toNepalbefore finally settling in the UK in London, 2004. He has been performing across Europe for the past decade as a highly sought after singer amongst the Tibetan Diaspora in Europe, appearing in Belgium,Switzerland,Austria,Estonia and Ireland.

Ngawang remained unknown and under the radar in the wider world music scene for a decade until he uploaded some of his songs to the BBC’s Introducing World Music scheme, an initiative championing undiscovered music and musicians. Radio 3 subsequently first broadcast his music in April 2015 and after a live studio session for World on 3 he was invited to perform on the Radio 3 Charlie Gillett stage at the WOMAD Festival and featured in the pages of The Telegraph, Radio Times & The Independent in addition to features in Songlines and fRoots.

Interest in Ngawang’s courageous back-story led to a very special invitation to “open” for the Dalai Lama prior to a public talk at the O2 Arena in September 2015. Further live shows across the UKfollowed in the autumn along with a debut Cassingle of his composition Gratitude and a BBC Music short film entitled From Buddhist Monk to Rock Star.

For a selection of images taken at Ngawang’s session on BBC Radio 3’s “World on 3” programme click here. http://www.bbc.co.uk/programmes/p02tymbd/p02tylt6

Read the announcement by Alan Davey, Controller of BBC Radio 3, of Ngawang’s forthcoming appearance with the Dalai Lama here http://www.bbc.co.uk/mediacentre/latestnews/2015/bbc-introducing-act-to-perform-with-Dalai-Lama

Hear Ngawang at WOMAD and on the live BBC3 and BBC6 Music simulcast here, http://www.bbc.co.uk/programmes/p02y4v85

Technical needs are very straightforward, two vocal mic, one instrument mic, one monitor and five channels. Plus one study chair with no arms.

For further details please request a stage plan and spec. 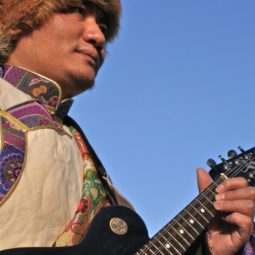 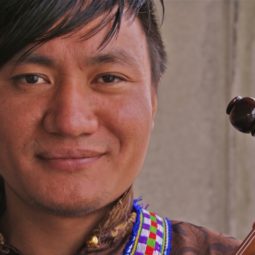 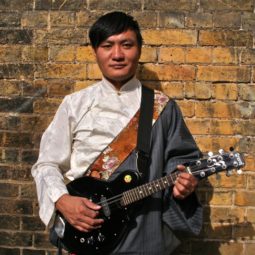 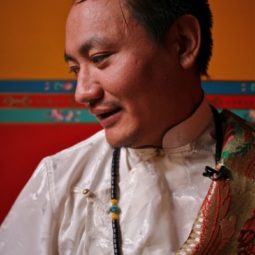 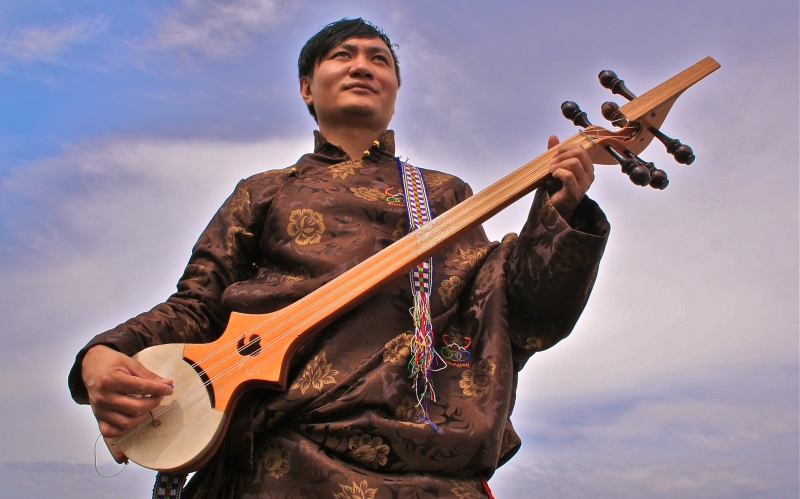