Steven Sogo is the most promising singer to have emerged from the central African country of Burundi in years.  He sings about life, love and peace in a style that mixes traditional Burundian music with jazz, blues and pop.  He is a virtuoso bass guitarist and a master of numerous traditional instruments.  His song ‘Il Est Beau Mon Pays’, a hymn to the beauty and vast human wealth of his ravaged country, was a huge pan-African hit.

Steven Sogo Biography ‘Every Murundi is a musician at heart,’ wrote the anthropologist J. B. Ntahokaja back in 1949. ‘His soul is a taut string which vibrates at the slightest breeze.’ A Murundi is an inhabitant of the modern nation of Burundi, a beautiful landlocked country of red earth roads and lush green hills high up on the Central Africa plateau.  Poverty, corruption and genocidal ethnic wars between Hutus and Tutsis have torn though the country like tempests since its independence from Belgium in 1962.

It’s not surprising then that Steven Irambona, aka Stephen Sogo, likes to sing about life, love and peace, or that he has named his band ‘Hope Street’.  The most promising young singer to have emerged from Burundi in years, Sogo first picked up the guitar in 1997, when the civil war was still raging.  He was only 14 years old, but playing a musical instrument expressed an ardent desire to live a normal life with music at its heart.

Stephen Sogo grew up in Kamenge, a mainly Swahili speaking suburb of the Burundian capital Bujumbura.  At the Lycée du Saint Esprit, he became a mainstay of the Saint Ignace de Loyola choir.  Choral music or indirimbo is a fundamental part of Burundian music culture, and the male choirs produce music full of calm, subtle and poetic feelings, with echoes of Christian plainchant.  Choral music is an important influence on Sogo, and its atmosphere imbues his unique mix of traditional Burundian music, jazz, blues and pop.

After taking up the guitar and then the bass guitar, Stephen Sogo became the leader of the Kamenge Youth Center band. During the holidays he would take trips into the heart of the countryside and soak up the varied cultures and music of Burundi’s many ethnic groups. Later he also mastered traditional Burundian instruments like the umuduri, ikembe and idonongo.

Sogo’s early recordings, like the song ‘Makurata’, which was a big hit on Burundian TV, are swathed in an electro pop sound. As he has matured as an artist his style has grown subtler, and more acoustic, allowing Sogo to keep the African flavours in his music authentic and strong.  The big break came with the release of the song ‘Il Est Beau Mon Pays’, a yearning hymn to the essential beauty and vast human wealth of his ravaged country. It was a national and then an international hit of huge proportions. In 2009 Sogo received a Pearl Of African Music Award for best male singer and a SICA (Stars de l’Integration Culturelle d’Afrique) in Benin.  He was also selected to be Burundi’s music ambassador for an anti-corruption campaign organised by the World Bank Institute and Jeunesse Musicale Internationale.

Sogo sings in Kirundi, Swahili and French, but the emotion in his music speaks volumes to anyone willing to listen.  “My music comes from the depths of my heart,” says Sogo. “I say to the youth, never forget the identity of our music.  It’s our only wealth.” 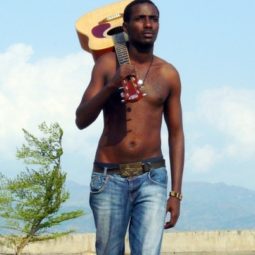 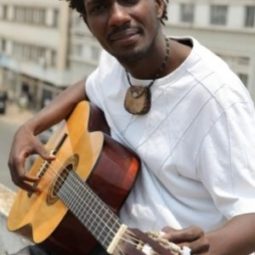 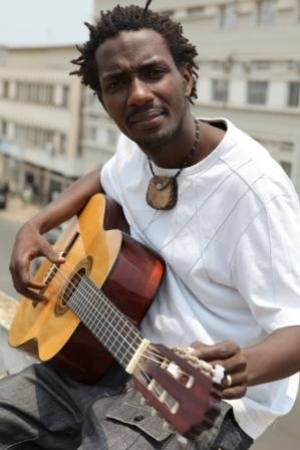