As the summer draws to a close and the festival season moves indoors we can start to look back at the highlights of what has been a hugely successful year for our artists and look forward to a few more great events still to come.

Our year began in March when Rango and the 17 Hippies took the marathon trip to Australia and New Zealand for the WOMAD festivals in Adelaide and New Zealand. Then we all popped over to the Emirates in April with Sain Zahoor and El Tanbura for more WOMADs, this time in Abu Dhabi and Al Ain.

The merry month of May saw Sheelanagig at Green Man in Clun and the enormous Acoustic Festival of Great Britain, then June brought Sarah Savoy and the Francadians for a literally flying vist to Wychwood’s main stage, in a set segued by Eliza Carthy and Robyn Hitchcock. June rolled on with Soothsayers headlining Salisbury’s final night on the Cathedral lawn, Steven Sogo winning over a big Liverpool crowd at Africa Oye and Jaipur Kawa Brass Band not only amazing the Glastonbury masses in the Theatre and Circus fields but doing three extra last minute shows in the early hours in the Astrolabe marquee.

July was awash with festivals and with Sarah Savoy back over as well as her family, The Savoy Family Cajun Band here for a rare UK visit, Americana dominated with appearances at Llangollen, Grillstock on Bristol’s harbourside, Birmingham International Jazz, WOMAD Charlton Park, The Sage’s Americana Festival, Southern Fried in Perth and Cambridge’s Summer in the City standing out. Rango went on a mini Euro tour starting at Roskilde and Jaipur Kawa were to be seen all over the gardens of Larmer Tree Festival and at Camp Bestival, where they were joined by their fellow Rajastahani’s, Kawa Circus.

Whilst India’s other summer visitors were not fairing so well on the cricket pitch, the brass band and the circus compensated at August festivals, Bracknell, Nottingham, Greenbelt, Scarborough and Towersey to name but a few. August Bank Holiday saw a welcome UK return for the 17 Hippies, with Shambala proving to be the ultimate setting for their unique style.

Edinburgh Festival draws to a close in September and with audiences there overdosed on festival fare by now Kawa Circus could have faced quite a challenge but their charm and skills won the day, the weekend even. Next up is the big one, the long awaited one, Bestival. Sold out, with 48,000 descending on the Isle of Wight, Jaipur Kawa Brass Band and Kawa Circus will be on the bill, alongside Bjork, The Cure, Pendulum and Fatboy Slim!

But last weekend we took some time off and went to Moseley Folk Festival, sans bands! And what a gem, undoubtedly the best festival we have been to all year – magical location, groovy crowd, perfectly proportioned, inspiring line-up, TINARIWEN!!!, intimate gigs – what more can you ask? 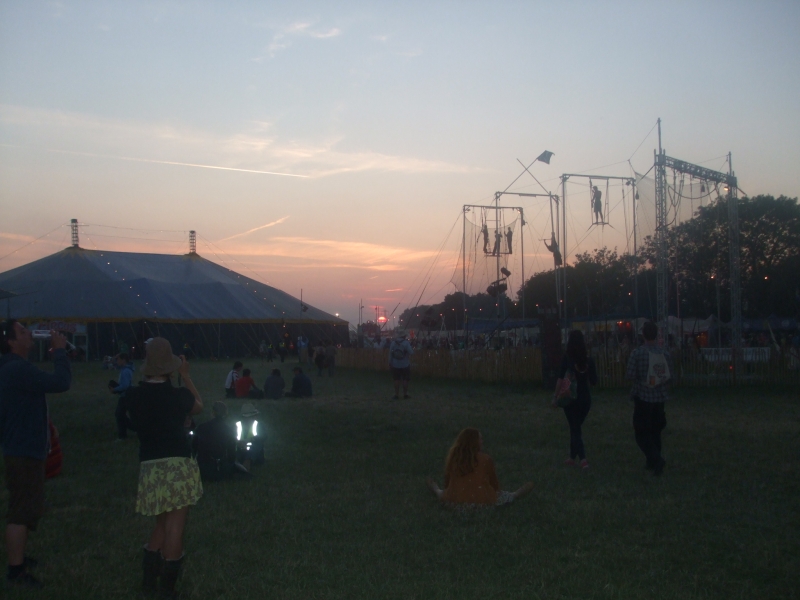