After months of intense planning our tour with Sufi master Sain Zahoor began on 28 September with an incredible performance at Trancender, in The Barbican, London.

The programme opened with the Ensemble Syubhanul Akhyar from Java followed by The Fakirs of Gorbhangra from Bengal.

There was a tangible excitement in the air and a sense of anticipation amongst the 1,200 strong audience after the interval and a generous welcome by the mixed Islamic/non-Islamic crowd for Sain Zahoor, one of the stars of Simon Broughton’s film Sufi Soul, shown on Channel 4. He is more at the wilder end of the Sufi spectrum and was a charismatic presence, dressed in a glittery gold outfit. Unable to read or write, he has been a genuine wandering minstrel, often performing at the shrines of poet-gurus like Bulle Shah, whose lyrics he uses in his songs. There were moments when the Ecstasy promised by the title was tantalisingly close.

Extracts from the Barbican show and an interview with Sain Zahoor will go out on BBC Radio 3’s “World Routes” on Sunday 3 October at 10.00pm.

A review can be found at http://www.theartsdesk.com/new-music/ecstatic-journey-barbican 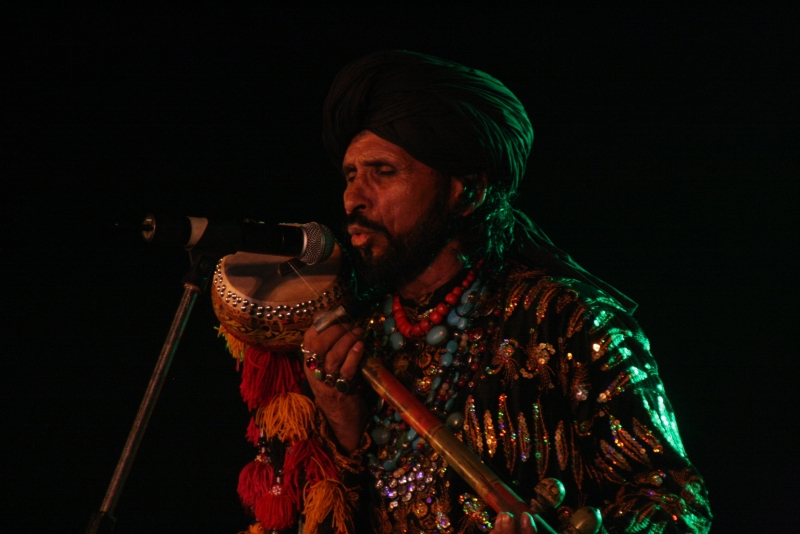