From its inception in 1985, Kitty was a driving force behind the orchestra and key part of its style; she helped shape the orchestra from its outsider, art school, punk-rock-meets-jazz-and-early-music roots to its current status as an international institution.

The event will be a celebratory concert featuring lively toe-tapping, stomping tunes to dark, mordant ballads, with irony, wit and good humour. A show featuring the orchestra’s greatest hits as well as songs dear to, or sung by Kitty, with special guest appearances from friends and former members of the orchestra.

The Orchestra also invite you to play-along in a special musical tribute to Kitty, the details of which will be released soon. The Ukes have arranged for a 20% discount for group bookings of 10 or more to facilitate the many ukulele ensembles, orchestras and clubs that they have met or inspired over the years to join them.

The show also marks a return to the Barbican after more than 10 years – their week-long residency in 2005 was a significant moment for The Ukes. The DVD 'Anarchy in the Ukulele' was filmed during the run and has received millions of hits on Youtube, raising the profile of the band in both in the UK and worldwide and helping them on their path to international acclaim.

The proceeds from this show will be used to set up an award in Kitty's name. 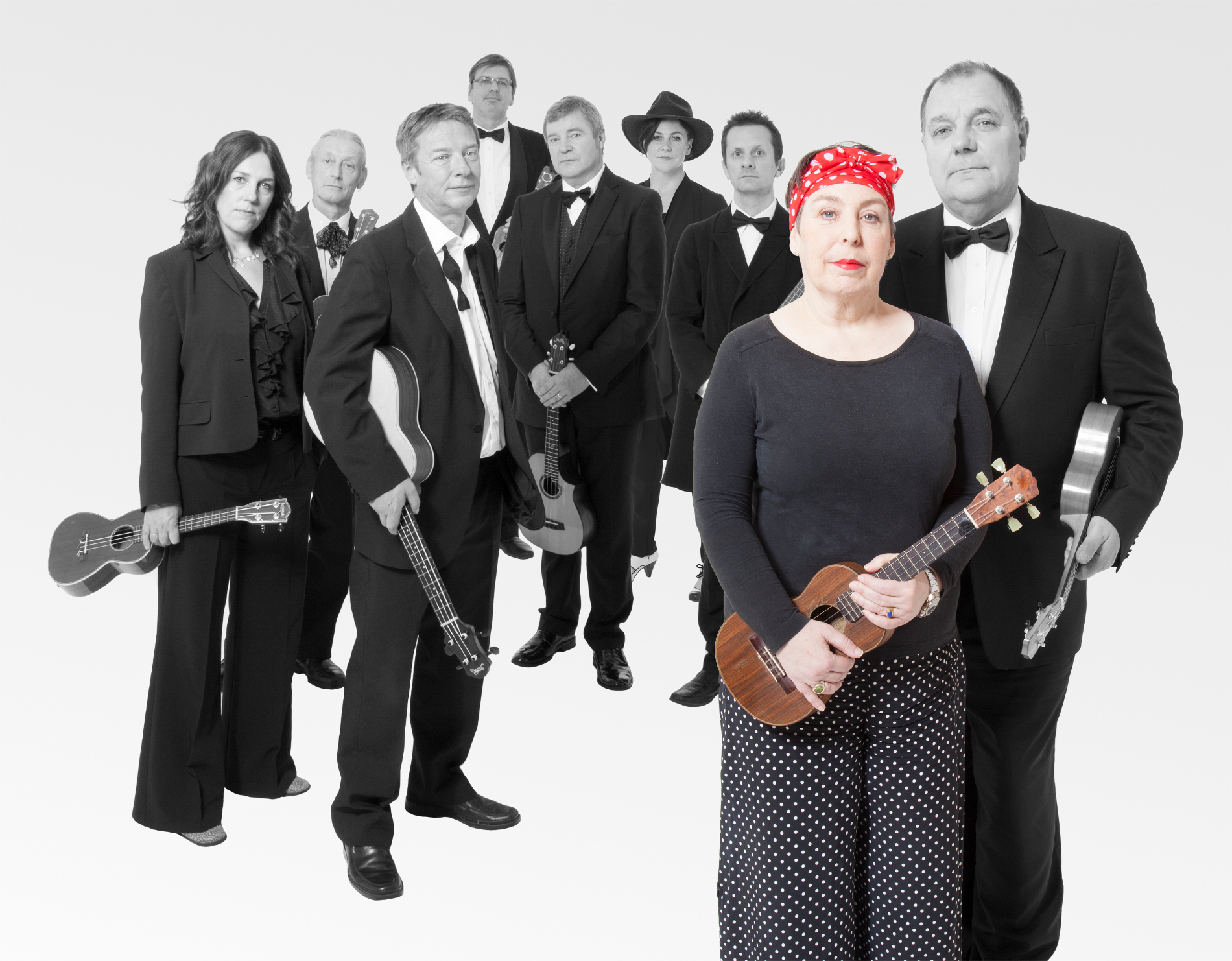