An album conceived to deliver some of the list of requests received from fans all around the planet, from Tasmania to Svalbard, Lerwick to Adelaide, Paris to Toronto, or from Beijing to New York, in short wherever the Ukes have performed and thrilled audiences with their renowned stomping, laughter inducing, thought provoking live shows.

The album was recorded at Urchin studio in London. It has the lustre, depth and sonic clarity which only a fully equipped modern studio with a great acoustic can bring to bear. Plus the time for the orchestra to stretch out in space and recording time. This recording promises to be the one which sets the standard for any other ukulele orchestra recordings. There are old and new popular songs, obscure but choice oldies, twisted covers and mash ups, and the inimitable jollity, joy and exuberance of the orchestra's celebrated style; from hard rocking classics to moody ballads via a confluence of Woodstock and New Orleans Mardi Gras. 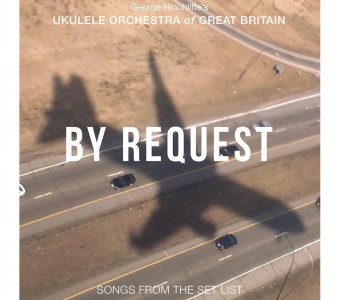